Mrs Average around the world

Meet the world's Mrs Averages: Scientists blend thousands of faces together to reveal what the typical woman's face looks like in 41 different countries from around the globe.

From: ttp://www.dailymail.co.uk. Click for more details and larger images. 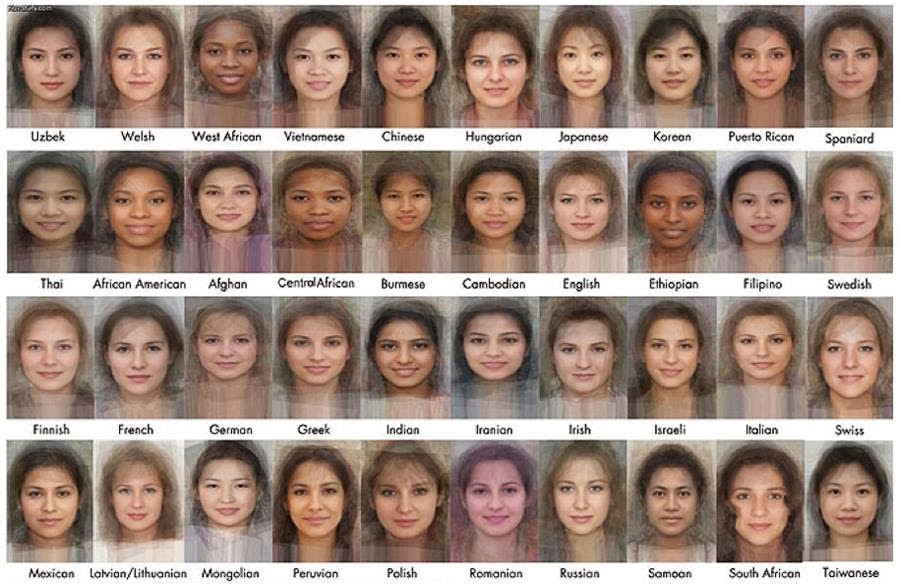 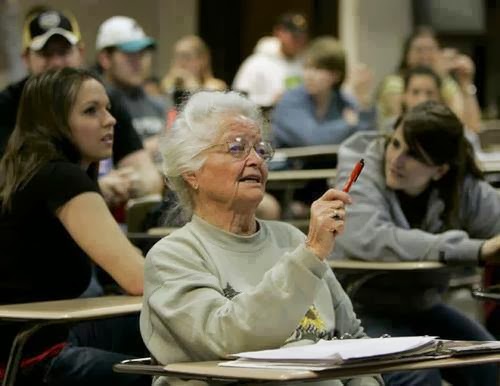 The first day of school our professor introduced himself and challenged us to get to know someone we didn’t already know.

I stood up to look around when a gentle hand touched my shoulder. I turned round to find a wrinkled, little old lady beaming up at me with a smile that lit up her entire being.

She said, “Hi handsome. My name is Rose. I’m eighty-seven years old. Can I give you a hug?”

I laughed and enthusiastically responded, “Of course you may!” and she gave me a giant squeeze.
“Why are you in college at such a young, innocent age?” I asked.

She jokingly replied, “I’m here to meet a rich husband, get married, and have a couple of kids…”

“No seriously,” I asked. I was curious what may have motivated her to be taking on this challenge at her age.
“I always dreamed of having a college education and now I’m getting one!” she told me.

After class we walked to the student union building and shared a chocolate milkshake. We became instant friends. Every day for the next three months, we would leave class together and talk nonstop. I was always mesmerized listening to this “time machine” as she shared her wisdom and experience with me.

Over the course of the year, Rose became a campus icon and she easily made friends wherever she went. She loved to dress up and she reveled in the attention bestowed upon her from the other students. She was living it up.

At the end of the semester we invited Rose to speak at our football banquet. I’ll never forget what she taught us. She was introduced and stepped up to the podium.

As she began to deliver her prepared speech, she dropped her three by five cards on the floor. Frustrated and a little embarrassed she leaned into the microphone and simply said, “I’m sorry I’m so jittery. I gave up beer for Lent and this whiskey is killing me! I’ll never get my speech back in order so let me just tell
you what I know.”

As we laughed she cleared her throat and began, “We do not stop playing because we are old; we grow old because we stop playing. There are only four secrets to staying young, being happy, and achieving success. You have to laugh and find humor every day.

You’ve got to have a dream. When you lose your dreams, you die.

We have so many people walking around who are dead and don’t even know it!There is a huge difference
between growing older and growing up.

If you are nineteen years old and lie in bed for one full year and don’t do one productive thing, you will turn twenty years old.

If I am eighty-seven years old and stay in bed for a year and never do anything I will turn eighty-eight.
Anybody can grow older. That doesn’t take any talent or ability. The idea is to grow up by always finding opportunity in change.

The elderly usually don’t have regrets for what we did, but rather for things we did not do. The only people who fear death are those with regrets.”

She concluded her speech by courageously singing “The Rose.”

She challenged each of us to study the lyrics and live them out in our daily lives.

At the year’s end Rose finished the college degree she had begun all those years ago. One week after graduation Rose died peacefully in her sleep.

Over two thousand college students attended her funeral in tribute to the wonderful woman who taught by example that it’s never too late to be all you can possibly be .

When you finish reading this, please send this peaceful word of advice to your friends and family, they’ll really enjoy it!

These words have been passed along in loving memory of ROSE.

REMEMBER, GROWING OLDER IS MANDATORY. GROWING UP IS OPTIONAL. 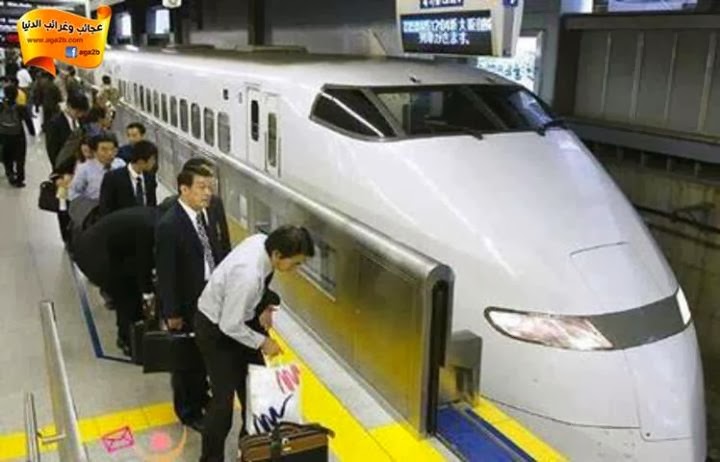 
by af ratsja No comments:

Do not Pump Full Tank of Petrol 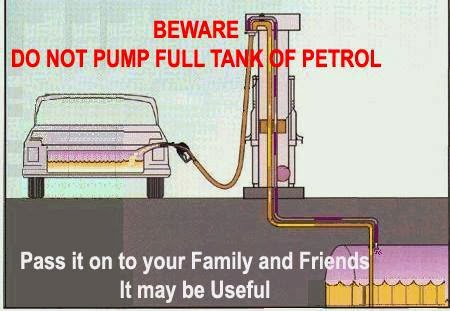 READ THE REASONS -- DO NOT DONATE FUEL

Recently I came across a very useful tip. I was surprised to know it but had a doubt so I talked to one of the pump technicians and he too accepted it as a fact. I think apart from providing space for the gas generated inside the petrol tank this is yet another reason why we shouldn't fill the tank to the brim. Many of us are not aware that the petrol kiosk pump has a return pipe-line (in Pink). When the petrol tank (in the car) reaches full level, there is a mechanism to trigger off the pump latch and at the same time a return-valve is opened (at the top of the pump station) to allow excess petrol to flow back into the pump. But the return petrol has already pass through the meter, meaning you are donating the petrol back to the Oil Dealer.

Also only fill up your car or truck in the early morning when the ground temperature is still cold. Remember that all service stations have their storage tanks buried below ground. The colder the ground the more dense the petrol, when it gets warmer petrol expands, so buying in the afternoon or in the evening....your liter is not exactly a liter. In the petroleum business, the specific gravity and the temperature of the petrol, diesel and jet fuel, ethanol and other petroleum products plays an important role.

A 1-degree rise in temperature is a big deal for this business. But the service stations do not have temperature compensation at the pumps.

When you're filling up do not squeeze the trigger of the nozzle to a fast mode If you look you will see that the trigger has three (3) stages: low, middle, and high. You should be pumping on low mode, thereby minimizing the vapours that are created while you are pumping. All hoses at the pump have a vapour return. If you are pumping on the fast rate, some of the liquid that goes to your tank becomes vapour. Those vapours are being sucked up and back into the underground storage tank so you're getting less worth for your money.

One of the most important tips is to fill up when your Petrol tank is HALF FULL. The reason for this is the more Petrol you have in your tank the less air occupying its empty space. petrol evaporates faster than you can imagine. petrol storage tanks have an internal floating roof. This roof serves as zero clearance between the Petrol and the atmosphere, so it minimizes the evaporation. Unlike service stations, here where I work, every truck that we load is temperature compensated so that every litre is actually the exact amount.

Another reminder, if there is a petrol truck pumping into the storage tanks when you stop to buy Petrol, DO NOT fill up; most likely the petrol is being stirred up as the Petrol is being delivered, and you might pick up some of the dirt that normally settles on the bottom.

To have an impact, we need to reach literally millions of Petrol buyers. It's really simple to do.