A lift for the lowly umbrella

Human friends tend to desert us in our hour of need, preferring to consort with us during fair weather. Dogs and four-footed friends stick with us through thick and thin but they too will abandon us at the first raindrops.

It is the trusty brolly, parasol, sun shade or more commonly known as 'umbrella' that is our indispensable companion regardless of fair or foul weather!

An umbrella is one of the few items that can span the spectrum of usage--it is used to keep us dry from the rain or prevent us from getting wet from sweat due to the sun! It is the most unsung item in the house, discarded into the dark recesses of the cupboard and forgotten until the heavens open or a heat wave beats down on our bare heads!

The Malay Sultans use only yellow umbrellas on public occasions. This tradition stems from the time of the Malacca Sultanate about 600 years ago. Legend has it that the Ming Emperor sent his daughter Hang Li Po to wed Sultan Mansur Shah and augment the relationship. The princess arrived with an entourage of 500 and was brought ashore beneath a yellow umbrella.

The Bunga Emas tribute sent to the Thai King by Kelantan assumed the shape of umbrellas in layers. The King of Siam's umbrella consists of nine alternating umbrellas to signify the nine stages of paradise.

Umbrellas are among the first inventions as they are obviously easy to make and are relatively important in sheltering the head and body from the elements. The first umbrellas taking our present form was made at least 3,000 years ago by a Chinese carpenter. A Chinese emperor was so enamoured with what he called 'mobile pagodas' that six men were needed to carry the umbrella.

A PART OF HIS ARSENAL: In the business district of London, every man worth his credit card is a member of the brolly brigade.

In Buddhism, umbrellas played a part in protecting Siddarta Gautama, the Enlightened One. After he attained enlightenment, the Mara, Evil Incarnate, sent a devastating storm to demolish him. He was protected from the onslaught by the Naga king with an umbrella.

Umbrellas even played a role in creating a Chinese deity. A young man was told he could be a god only when he saw men carrying bronze umbrellas, a river flowing backwards and he was neither inside nor outside a house.

One day he saw a funeral procession. Suddenly it rained. The pall bearers covered their heads with their cymbals. At first the young man laughed at the ludicrous sight of men wearing bronze hats. Then he realised the significance--bronze umbrellas! He glanced at the nearby river. Some men were damming it with rocks so, for a while, the waters were forced to flow backwards. Transfixed, he noticed he was standing in the porch of a walled courtyard, neither in nor out of the house!

He knew the time had come. He sat cross-legged in the lotus position waiting to be transformed. His mother ran out and not knowing what was happening, tried to prise his legs apart. At that moment he became a god and that's why his statues show him with one leg sticking out!

The common saying "to be under the umbrella of so-and-so'' means to be under the influence or dominion of a particular person and is often used as an emblem of sovereignty. In 1876 the sacred and royal umbrella of King Koffi of the Ashanti tribe was forcibly captured and whisked to South Kensington Museum as proof Koffi was not invincible. The ploy worked as the Ashanti tribe became so demoralised the British took over their lands without bloodshed. Umbrellas were always buried with royalty and nobility as no one could ascertain posthumous weather.

In the business district of London that is simply referred to as the city, every man worth his credit card is a member of the brolly brigade. The lowly umbrella continues to be part of his arsenal of bowler hat, pin-striped suit, pressed trousers, brogue shoes and brief case. Despite
the entrenchment, the umbrella was not common until the middle of the 18th century.

The person responsible was Jonas Hanway (1712-1786) who carried the modern day umbrella to stave off rain, sleet, hailstones and ordinary rocks thrown at him. Street urchins enjoyed throwing stones at him just to see him use the umbrella as a shield while stagecoach operators saw him as a threat to their business and would threaten to whip him or run him into the gutter.

The wealthy, of course, summoned the coach each time the skies darkened and owning an umbrella made it patently clear one did not own a carriage. Worse, small boys would point to the folded brollies and call them "sticks in petticoats!''

Umbrellas had a tough time weathering such assaults before becoming socially accepted!

The French naturally took it to new heights of folly. An enterprising man set up a roaring business by renting out colourful umbrellas at each end of the elegant Pont Neuf in Paris. For a few centimes, fashionable ladies and foppish dandies could pick a parasol to match their outfits and sashay across the bridge where they could give it back at the other end. The parasols bore perplexing but provocative names like Suppressed Sighs, Dauphin's Dirt, Aroused Nymph's Thighs, Stifled Passions or Golden Cascades to the Bosom.

By the 19th century, there were patents for everything, including telescopic, self-opening umbrellas and even a safety umbrella for those fearful of venturing out in stormy weather. This version had a built-in lighting conductor with a metal spike earthed by a wire attached to a small metal ball. This was to conduct electricity safely away should the holder be struck by lighting.

The handles, of course, were put to good use and turned into an art form. The handles or knobs crossed the spectrum from the sublime to the silly to subterfuge. Handles concealed ticking watches, a poodle's head that, when pressed, shot out its tongue to one containing a small knife. Some knobs were nothing more than pepper shakers, used to great effect in breaking up dog fights in the park!

The Pathfinder model included torchlight and candles while some handles could be unscrewed to expose space for cigarettes, powder, opera glasses and contraband.

Brollies were useful weapons for fencing or poking others in rib and eye, which is why modern versions have softly rounded tips instead of the old, dangerous metal tips.

In England, don't be offended if a stranger dropping his umbrella near you asks you to pick it up for him. He is not treating you as cheap, oriental labour but is asking a favour as it is considered unlucky for the dropper to pick it up himself.

If you open one on a sunny day, you are tempting fate and it will pour buckets later when your umbrella is left at home! Nor should one be opened indoors.

"Umbrella'' comes from the Latin 'umbra' meaning 'shade' or from the Italian 'ombrello' referring to the shadow cast by it. 'Parasol' reveals its lineage as 'sol' is sun.

One would have thought there is nothing left to spout and shout. The last option is lethal. Remember the Brolly Murder of 1978. A Bulgarian exile in London was crossing Waterloo Bridge when he was accidentally poked with the tip of an umbrella in full view of passers-by. The man apologised and strolled away. Hours later the victim was dead, poisoned by the tip of the assassin's umbrella!
by M.Aris No comments: Links to this post 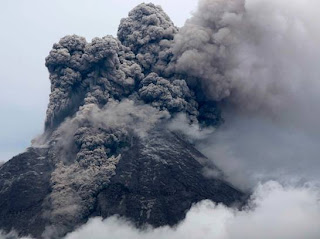 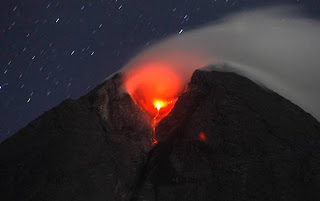 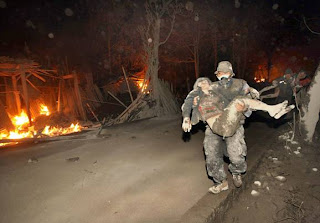 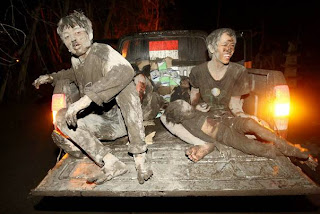 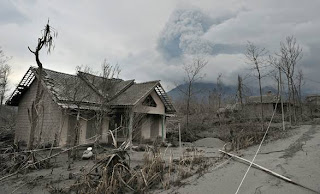 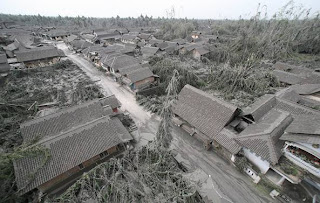 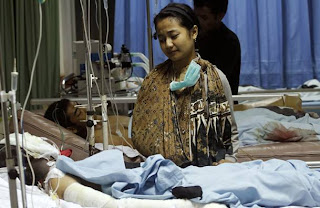 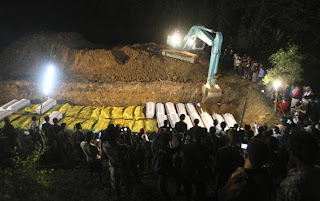 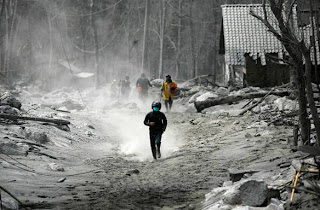 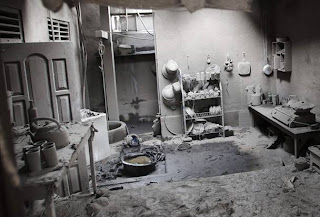 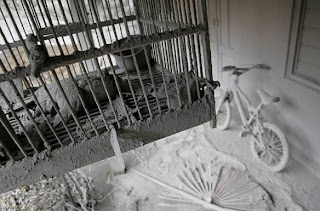 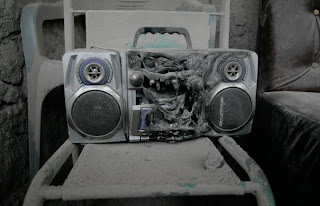 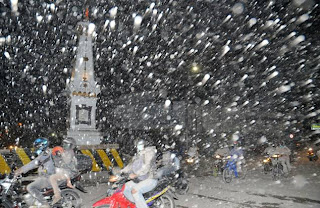 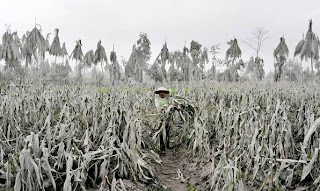 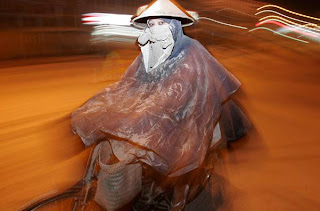 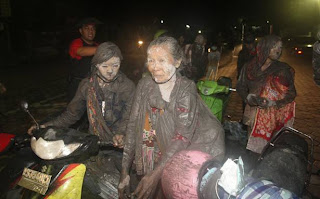 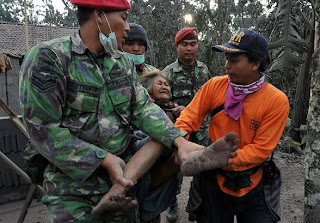 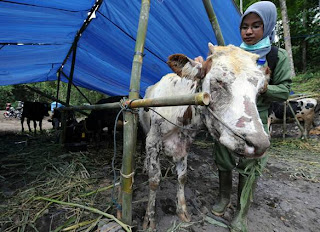 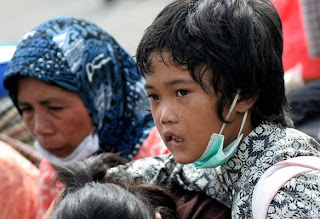 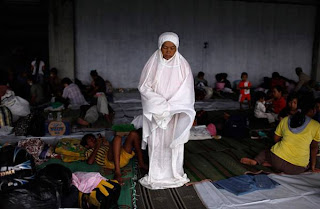 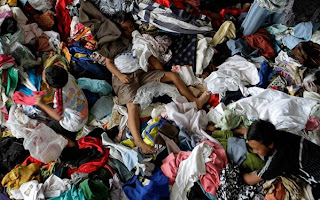 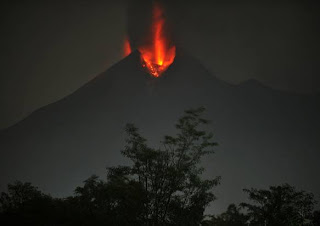 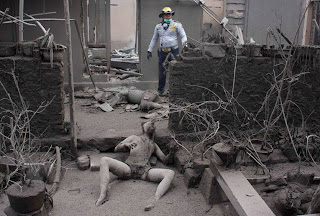 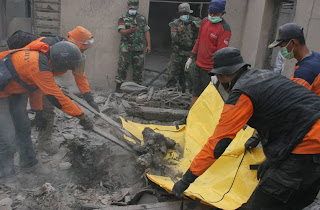